We have been retained by a major cellphone manufacturer to investigate the impact of potential collusion between suppliers of cellphone batteries from 2009 to 2010. The manufacturer, TalkTek, alleges that the batteries it purchased for its phones were price fixed. That is, the suppliers of batteries colluded with one another to raise the price of batteries to downstream customers, such as TalkTek. This collusion constitutes price-fixing, which is illegal and can be prosecuted as a federal offense.

TalkTek is suing the phone battery manufacturers to recover damages for the harm caused by the alleged collusion. Damages are the difference between the actual price that TalkTek paid for batteries and the “but-for” price they would have paid but-for the alleged price-fixing.

Question #1: What are some supply and demand factors that may affect the price of a cellphone? 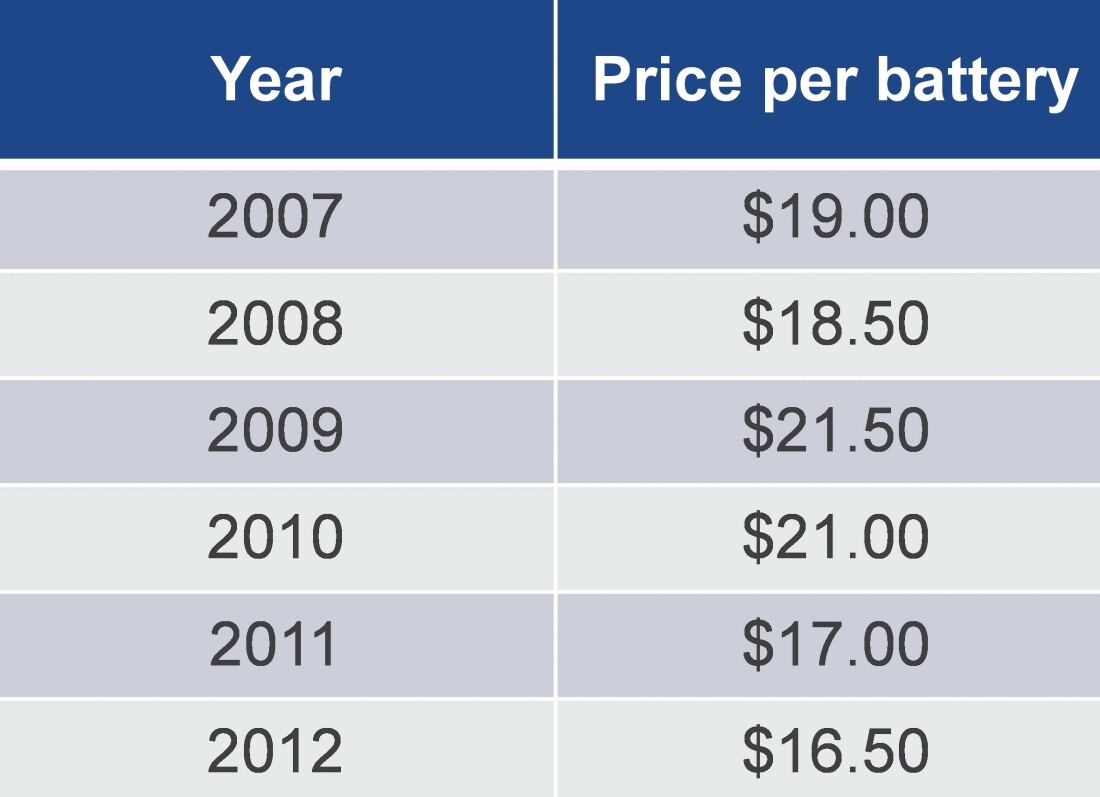 There is a general downward trend in prices, although prices are higher in 2009 and 2010. If you assume that, instead, prices should have continued decreasing at a rate of $0.50 a year, then TalkTek paid $3.50 more per battery than it otherwise would have in 2009 and 2010.

Question #3: The table below shows the total cost to manufacture a battery as well as the profit. Costs in 2009 and 2010 are higher due to a natural disaster. Assuming battery manufacturers priced their products to make a steady profit each year, what does this suggest about TalkTek overpayments in 2009 and 2010? Based on this assumption, what were per unit overcharges in 2009 and 2010?

Batteries still may have been price fixed in those years because profits were higher than in other years, but to a lesser extent than what we had previously calculated. Specifically, overpayment per unit was $1.50 instead of $3.50, since the actual price per battery of $3.50 above the but-for price is offset in part by the costs for 2009 and 2010 being $2.00 above the trend. 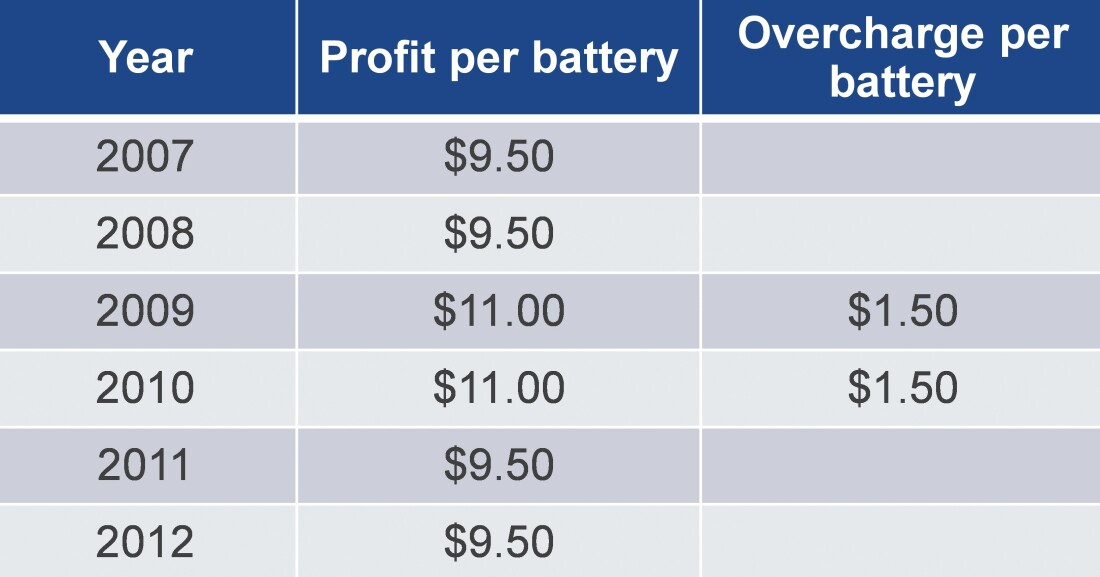 Question #4: How are customers ultimately impacted by the elevated price of TalkTek phone batteries?